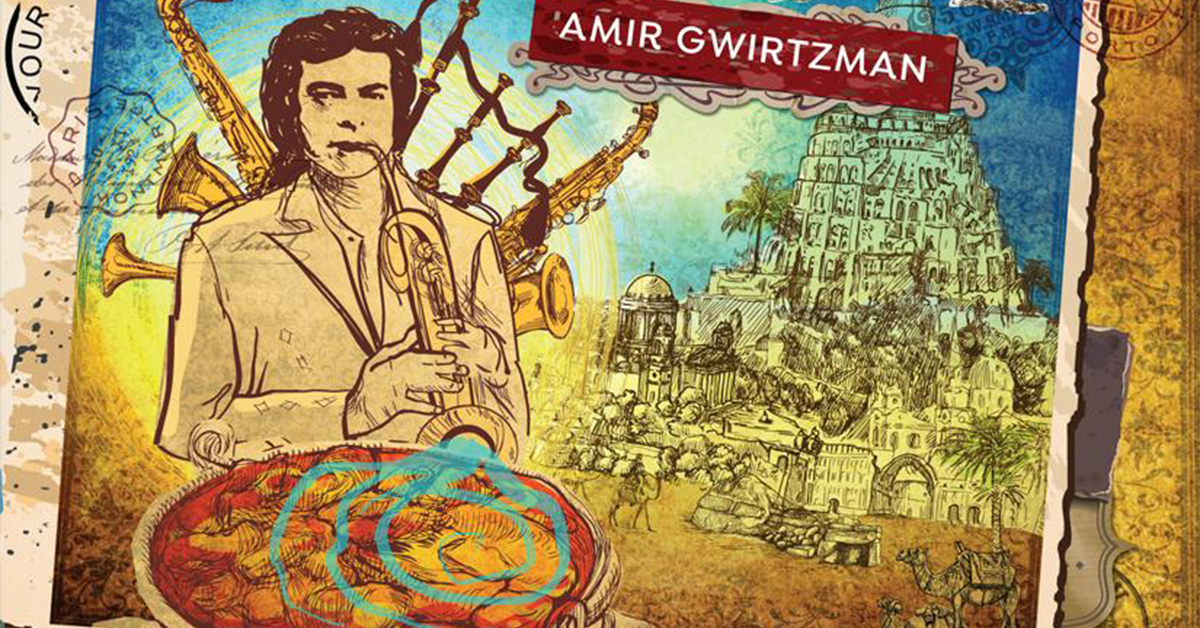 The Israeli single-person bigband releases his new album on the 28th of May 2017, in the Öntőház garden, Budapest. In the case of Amir Gwirtzman, it would be easier to list the instruments he does not play on than to name those minimum twenty ones he invites us to dance with at any time. Amir plays solo since 2009, his second album called "Babel Gumbo" will be released on the Budapest Folk Fest.

His show is a complex, multicultural, musical gumbo, as called the quasi-American goulash. In Louisiana, gumbo is a chicken-shrimp single meal, which is baked, cooked and seasoned a bit differently in every home. There are two things you can not miss from it: the roux (fat and flour basis), and the trio of celery, onion and california wonder pepper. These ingredients are essentials in the spirit of piquancy, as well as the many cultural influences in Gwirtzman's music: latin music, American rhythm & blues, jazz, klezmer, the Celtic and the melancholic Armenian traditional sounds, and the energy of gipsy music. "Babel" in the title of the album refers to the Babel Sound World Music Festival in Hungary, where a range of cultures is introduced each year. Amir is a permanent guest of the festival year after year, where he has been not only inspired, but he has also recorded the new album in the studio of Babel Sound.

The renowned Israeli wind musician creates delicate and exciting sounds inspired by many influences, effects and sensations; coming from the saxophone, clarinet, scottish dude, arghul, ney, duduk, zurna, flute, or whatever is in his hand. In 2009 he created his own solo project called Inhale-Exhale. On the 28th of May, at the Budapest Folk Fest in the Várkert Bazár, the second episode of the album (subtitled Inhale-Exhale II.) will be screened as a live cooking show where one can taste a real Babel Gumbo.