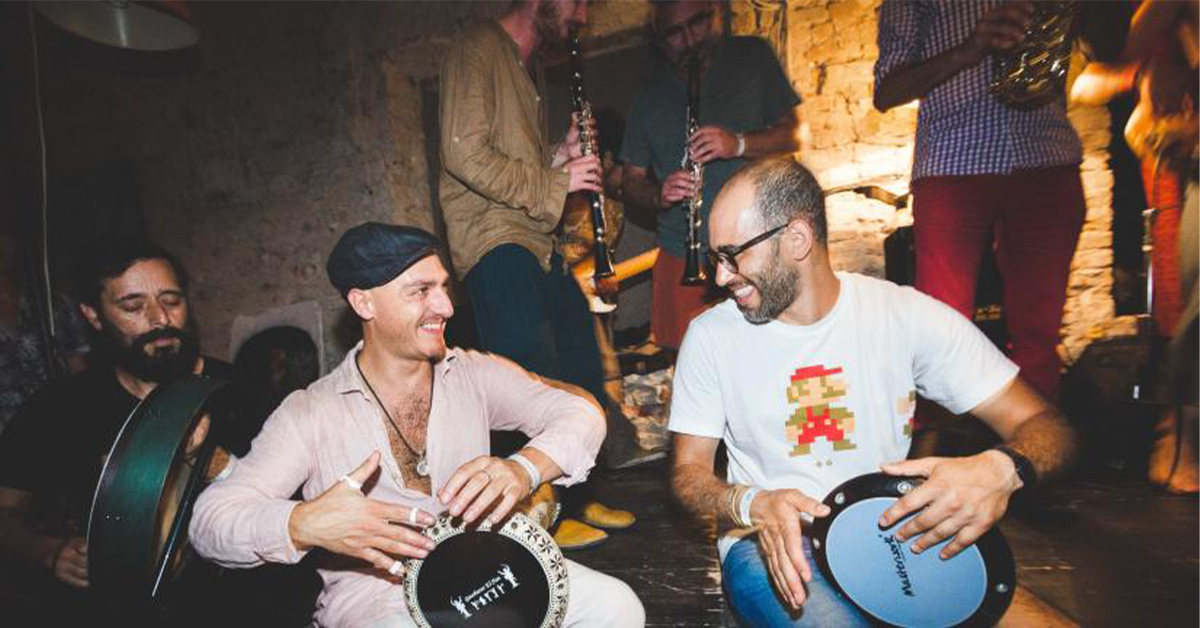 When we die are we going to Babel Camp?

Those better do have a chance, and musicians enjoy priority at the gate.

I had to wait about 25 years to sit in a dodgem again. This too I did in Babel Sound together with my oldest friends and brand new Brazilian acquaintances, who – it was only revealed later – were the greatest of stars in their homeland. It can’t get any easier to make new friends and collect unforgettable memories in Babel Sound. One of the Brazilians did in fact tell me that he’s travelled all over the world, been to innumerable festivals, but has never seen anything like this. ‘This festival is for the musicians themselves,’ I give him my succinct evaluation of the festival over the previous years. It is not a line-up crammed with international stars or the perfect organisation that makes this festival good, it is more thanks to the community.

Each year about 300 musicians have the unique luxury of staying in Babel Camp, a premises dedicated to this purpose, as the guests of the festival. Secluded from the world outside, they enjoy jam sessions and connect meaningfully with each other both informally and professionally. Just like in a protected playground or, as one of them puts it, like in a sanatorium. Here, fame, the number or Instagram followers, how many jazz legends someone worked with or even how many weeks one went hungry because of late payment all becomes totally irrelevant.

Social status loses its significance, and is replaced by central questions like what’s the tone of the current jam session, whether there’s a common tune in the Turkish and the Hungarian musicians’ repertoires, how the rhythms of Moroccan castanets, called krakebs meet those of the Indian talas, or how the fusion jazz harmonies meet the quarter notes of the Bulgarian kaval.

It borders on the magical that all these find their place during the jam sessions that go on until the wee hours. When - beside the primeval forces released by the quasi surreal interactions - quality improvised music is born, catharsis comes around.

But how does the audience come into the picture? Maybe it’s the musicians’ altered attitude, their open and curious presence that draws in the audience to be companions of these deep moments. Of course, it happens that the whirlwind of sound overfills your ears, but that’s when you can soak these out in the waters of the Balaton. Then comes some sweet do nothing, laying in the grass listening to tales, or creating tales ourselves with friends. Or maybe you happen to sit down under a tree to sing along with the Azerbaijani and Mongolian musicians, and two days later you find yourself among them in rehearsal.

Then there’s the great number of cultural tents, where you may busy yourself kneading dough, painting Portuguese tiles, doing yoga, dressing in Indian clothes, caressing Gamelan instruments or participating in cathartic African drum and dance lessons.

The evening concerts are naturally a backbone of the program, where we have the opportunity to meet bands that return year after year. This year’s musical program was outstanding. The beautiful Bulgarian tunes of Oratnitza incorporated some dubstep and drum’n’bass and entwined the soul, an unforgettable experience. Then Meszecsinka flew us through the astral planes.

With her trio, Várallyay Petra showed us that the most modern, fusion jazz rock is perfect dance music, as the energy level and the virtuosity require no musical education from the part of the audience.

An iconic face of Babel, the bass guitar player Jago and his brother with his band named TranceUntes played instrumental goa music that made every foot move, even if those belonged to people who were otherwise quite far from such repetitive, psychedelic music. Oi Dipnoi brought the heritage of Sicilian shepherds, peasants and coachmen onto the terrace of the Boat House. Later, this heritage was featured from a wider perspective in the concert of the Sicily Folk Orchestra, another occasion to dance. The charming singer / bass guitarist of the Columbian La Rueda performed an enchanting peacock dance in a full length ruffled skirt.

The Moon appeared to be laying down because of the lunar eclipse that night. It can’t be a coincidence that this was the very night then the festival’s flamenco queen, Maria Keck appeared in concert: she moved such energies on stage that many thought she conveyed these between the demons and the Moon that night.

Chilled ambient jazz helped us meditate in the Bandgladesh bubble tent reminiscent of a womb. The cheerfulness of the Babcsán Projekt was a perfect choice for the Csavargőzös Stage. Just before the Balaton sunset, the band performed fresh and contemporary poems set to Hungarian and Bulgarian music, sung in the perfectly clear voice of Sára Bolyki. The first Brazilian performer of the festival, Silibrina carried us on the waves on Brazilian folk inspired modern funkjazz with the magical band of selected star musicians of the country.

The Italian Maria Mazzotta made us cry again with her cathartically sweeping singing and made us laugh with her ironic self-introductions.

Unfortunately, I had to miss the peak of the festival, the last two days, but even so, I enjoyed 5x24 hours of music and had the opportunity to listen to five different – and excellent – interpretations of “Kis kece lánya”. The secret? Maybe it lies in what a kind Bulgarian musician friend told me:

Are we all dead and is this Paradise?!